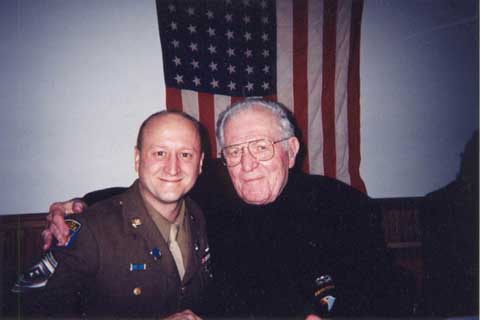 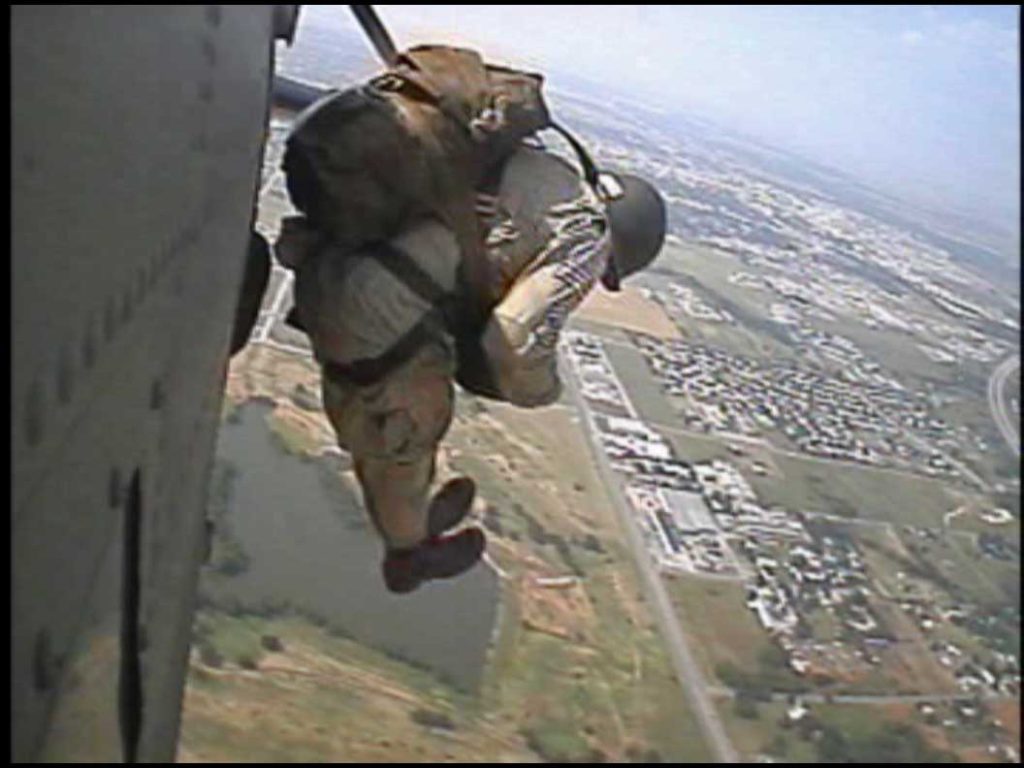 Individuals interested in joining Easy 508 come from a variety of backgrounds, interests and experience. The recruit may be transferring from a different Parachute Unit; may be transferring from an Infantry Unit; or may be new to reenacting. To accommodate these different individuals, our Unit is broken down into two basic groups. The primary group is “Company E, 508PIR” and the other is “Company L, 325GIR.”

Portraying a paratrooper has more available options in regards to gear, uniforms and weaponry. Whereas the basic combat infantryman’s gear is the same as everyone else’s in his respective unit, a paratrooper’s may differ greatly within his own unit. Additionally, because of the many different factors affecting the paratrooper going into battle, the trooper may have lost some or even all of his gear (including his weapon) in the initial drop. Therefore, the recruit can utilize these historical factors to his advantage as he initially puts together his equipment.

As a member of the 508PIR (Parachute Infantry Regiment), a new recruit or a trooper transferring from another PIR needs only to adorn himself with the coveted “brown jump boots.” With this purchase, the trooper is permitted to blouse his pants and henceforth joins the ranks of the 508PIR. Most of us in Easy 508 have jump suits, but they are mainly used for Air Show events. The more common uniform of the day is the M43 jacket and pants.

The 325 GIR (Glider Infantry Regiment) was created for individuals who want to join our Unit, but have already invested in the gear necessary for an infantryman’s impression. The 325GIR soldier wears the same M41 jacket, wool pants and leggings as does any other infantry soldiers. The Glider Trooper may also wear the M43 uniform. In order to join our Unit, the trooper merely has to affix the 82nd Airborne patch on his sleeve and put the Airborne patch on his garrison hat.

There is a wide range of weapons available to the Airborne. Of course you have the basic; M1 Garand. A trooper can also have: Thompson machinegun, M1 Carbine or Model 1903. Another major difference between the Airborne and the Infantry is that paratroopers were issued the 1911 .45 automatic pistol. Additionally, a trooper may even carry a kraut weapon into battle (this would occur when he lost his issued weapon in the initial jump).

All new troopers (508PIR or 325GIR) start out as PFCs. This is necessary for tactical conformity and effectiveness. Individual soldiers transferring into the Unit from other Companies, Regiments or Divisions may keep their former rank upon application and approval.

There is a wealth of information regarding Airborne and the 82nd Division on the Internet. I encourage you to learn as much as possible so that your individual impression is accurate and honors those who have served honorably in WWII.
Please feel free to contact me.